Years ago, people actively and visibly mourned. They wore mourning clothes - dressed all in black with weeping veils, no jewelry, and black armbands or ribbons - for extended periods of time. They would weave intricate hair wreaths and craft other memorial objects to always have a keepsake of the person they lost. But today outward signs of grief and/or struggles are few and far between, and let's be honest, society basically has a 3-6 month window where they think someone can legitimately dwell on any particular difficulty. Then society gets bored with it and moves on, while the affected person is still in a whole lot of pain and confusion.

When I go through the Canadian War Museum, I am extremely stressed out by the end of it. The chronological journey through the exhibits, through Canada's history of conflicts, is very difficult. Sure it's easy to stay detached when all you see are paintings and weapons and uniforms from bygone centuries, but the further along you travel, the more personal items and stories are integrated. Suddenly you're reading letters sent home that were received after the 18 year old boy was killed in action, or you're watching news footage about our recent participation in peacekeeping efforts. At this point you can't escape the reality of it. Even if it's an official military statement being read at a press conference, it is very clear that there is a lot more going on than meets the eye - the invisible effects of service.
In thinking about these invisible effects, I've thought of a number of stories from family members and friends who have served or are currently serving in the military. Since this list includes contemporary events, I've decided to refrain from the use of names.

1. The woman at home, waiting for her man to return. But instead he disappears, never to be heard from again. How did having someone unexpectedly ripped from her life affect her? She never got the chance to say goodbye, let alone tell him she loved him one last time. 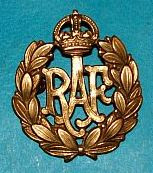 2. The tank driver who survived the war but wasn't quite the same when he came home. He was the only survivor of a trap that saw several of his friends stabbed to death. While he was recuperating in the hospital his tank was sent on a mission and hit a mine, killing everyone inside. He had survivor's guilt for the rest of his life because he wasn't there to drive and keep his buddies safe. These days we'd probably call that post-traumatic stress disorder. Back then, "the war changed him".

3. The aircraft mechanic who had to pull the dead pilot from the cockpit and take over flying the plane so they didn't crash. What kind of impact does staring through a bloodied and broken windshield have on a person? 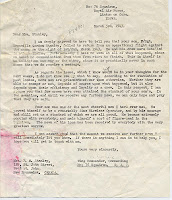 4. The parents who received the official notice that their youngest son was "missing in action". What is it like to be stuck in that sort of limbo? Was he dead? If so, would his body ever be found? Was he alive? Was he captured as a POW or hiding out somewhere?

5. The peacekeeper who just couldn't reconcile the financial compensation given to a family whose child was accidentally killed when he ran in front of a UN jeep. Their son was gone; no amount of money would ever change that.

As museums, we are the keepers of both the tangible and intangible evidence of difficult times. We conduct oral history interviews with people to learn more about the personal side of military service (and many other things). We collect the uniforms, mementos, badges, medals, log books, ration cards, magazines, newspapers, journals and diaries, letters, photographs....so many things that shed light on the invisible realities of war and military service.
It's not about any particular campaign or mission or battle, or how many people from our community have served. It's about acknowledging the personal sacrifices made by those who serve, and also how this service is supported on the home front and how it affects life on the home front. Canada has been greatly affected by the personal experiences of our military personnel both past and present. We will never understand what these people have gone through. But by doing this work we become the tangible vessel for our intangible heritage - the outward sign of grief and the visible effects of service. Museums are a place for people to come and mourn, to get a bit of closure and healing from these awful experiences, regardless of how long it has been or how much society tells them they need to "move on". It's ok if our exhibits or programs make people uncomfortable or elicit an emotional response. That means we've succeeded in truly honouring these brave men and women.
Posted by Karin at 8:31 PM